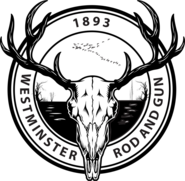 Interested in becoming a new member or need to renew an existing membership?  Please download this form, fill it out and come to our next meeting.

Membership details as described in our bylaws can be found in the excerpt below.

Section- 1
The members of this WESTMINSTER ROD AND GUN CLUB shall consist of the persons presently named as members and such other persons as from time to time hereafter may become members in the manner provided by the bylaws. The voting power and property rights and interest of all members shall be equal. Each member shall be entitled to one vote on any and all questions coming before the members at any meeting. The board of directors does have extended authority.

Section- 2
Any law abiding citizen of the U.S.A. and of suitable character and interest, after his application has been signed by an active member as his or her sponsor, may be voted into membership by a majority of members attending the meeting. A membership can be terminated in the same manner at any time with a majority vote at any meeting or by a unanimous vote by the board of directors. The membership shall be limited to two-hundred members.

Section- 3
Active members are all persons presently listed as of 2019 and those elected by a majority vote and have their dues paid in full.

Section -4
A member shall become an honorary life member after being a paid member for ten consecutive years. A majority vote at any meeting can grant a lifetime honorary status to any member who has been an exceptional member and paid dues for at least five consecutive years and is at least sixty five years old. Anyone with an honorary life member status is not required to pay dues but must still pay for his or her gate key.

Section-5
The yearly dues will be set on the previous year and can be changed by a majority vote and must be posted on the membership application.